The Applied Intelligence Research Centre has a diverse team. 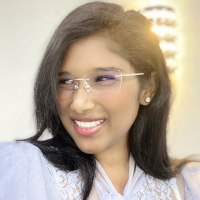 Manuela is working on exploiting machine learning and natural language processing to develop automatic techniques for identifying bias and gender issues in text. Gender attribution relies on language use, not on language itself. Therefore, the inclusion of women's representations in text can be argued to be not only important for simulating real-life occurrences, but also valuable in understanding how perception and social portrayal influence language use. Gender stereotype hypotheses about textual content tend to situate language use within a wider discourse about gender differences and the ways in which they are constructed. Thus, the goal is that, providing recommended linguistic modifications and positive reinforcement to authors about written text will influence and change behaviour. Signaling text that suggests gendered language or bias can encourage and influence writing behaviour that is gender neutral. Hence, this project explores methods in supervised machine learning and NLP related to gender bias in text and gendered-language identification and prediction. The model harnesses stylometric features, gender-specific language patterns, discourses of gender difference and principles of cognitive perception about an author’s identity and signals the use of textual content with gender bias or gender stereotyping. Manuela has completed her MPhil Research Degree in Artificial Intelligence during which she developed “Mnet-Sim”: A Multi-layered Semantic Similarity Network Model to Evaluate Sentence Similarity. This model currently ranks 3rd globally and is included as a state-of-the-art for the STS task. She has also published a book titled “Explicating Neural Networks”. As for her industrial experience, as a Research Engineer at WSO2, Manuela has worked on Knowledge Graphs and NLP. She has also delivered a series of invited guest lectures on “Deep Learning in NLP” at the Sri Lankan Institute of Information Technology. At present, she is a PhD Researcher funded by the Science Foundation of Ireland – ML-Labs.
Scroll Up